Sometimes the best way to work out what you need in a portfolio is just to see what someone else has done.

So I’ve taken a series of whole screen screenshots to show off what I’ve done. It’s not necessarily the best portfolio in the world, or at all what you do. But, it is what I have done, and have been adjusting and trying different things with time.

I’m not sure why, but I made a title page for my portfolio. It just seemed like something that I could do to include some of my graphics design skills.

In 2018 I focused my registration efforts into Inquiry, and through that Inquiry made links to the standards / criteria. I then collected additional evidence that I wanted to keep a record of. 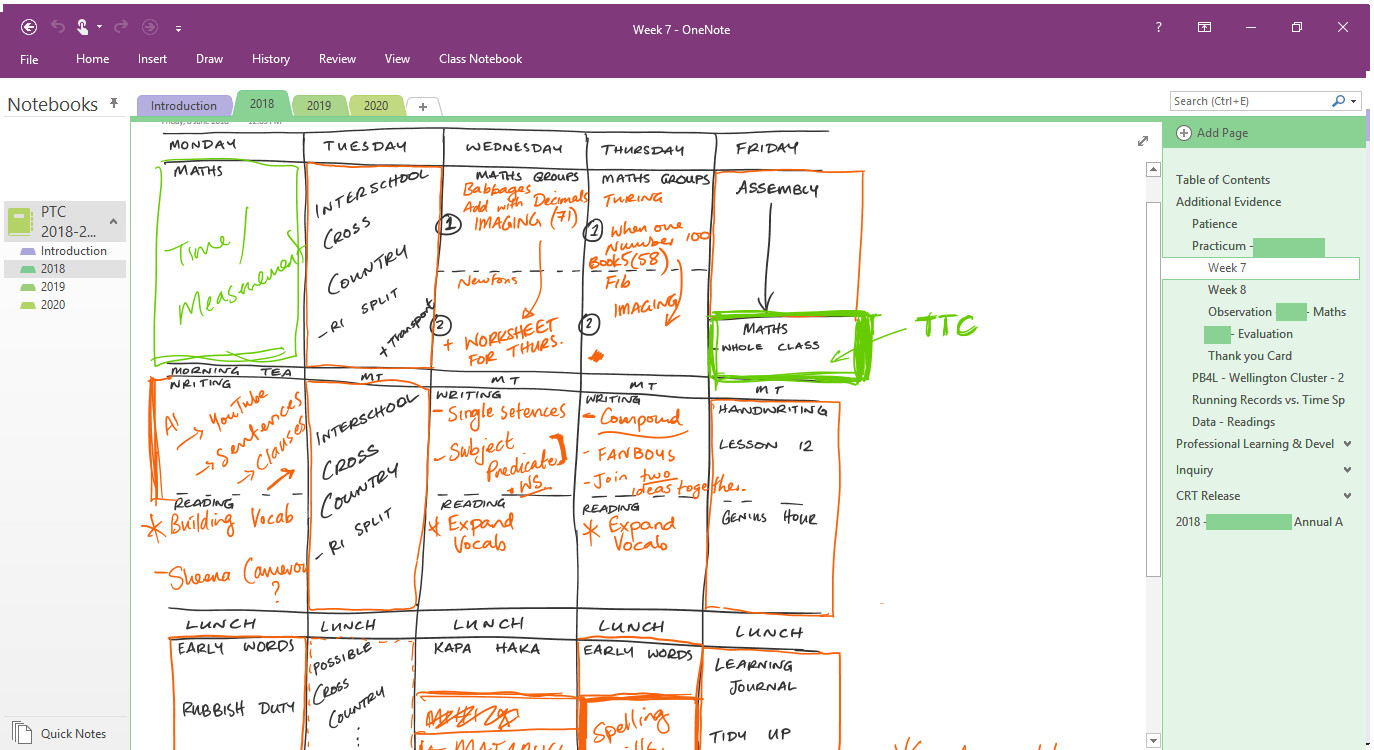 This is an outline of the week plan for the student teacher in my class. 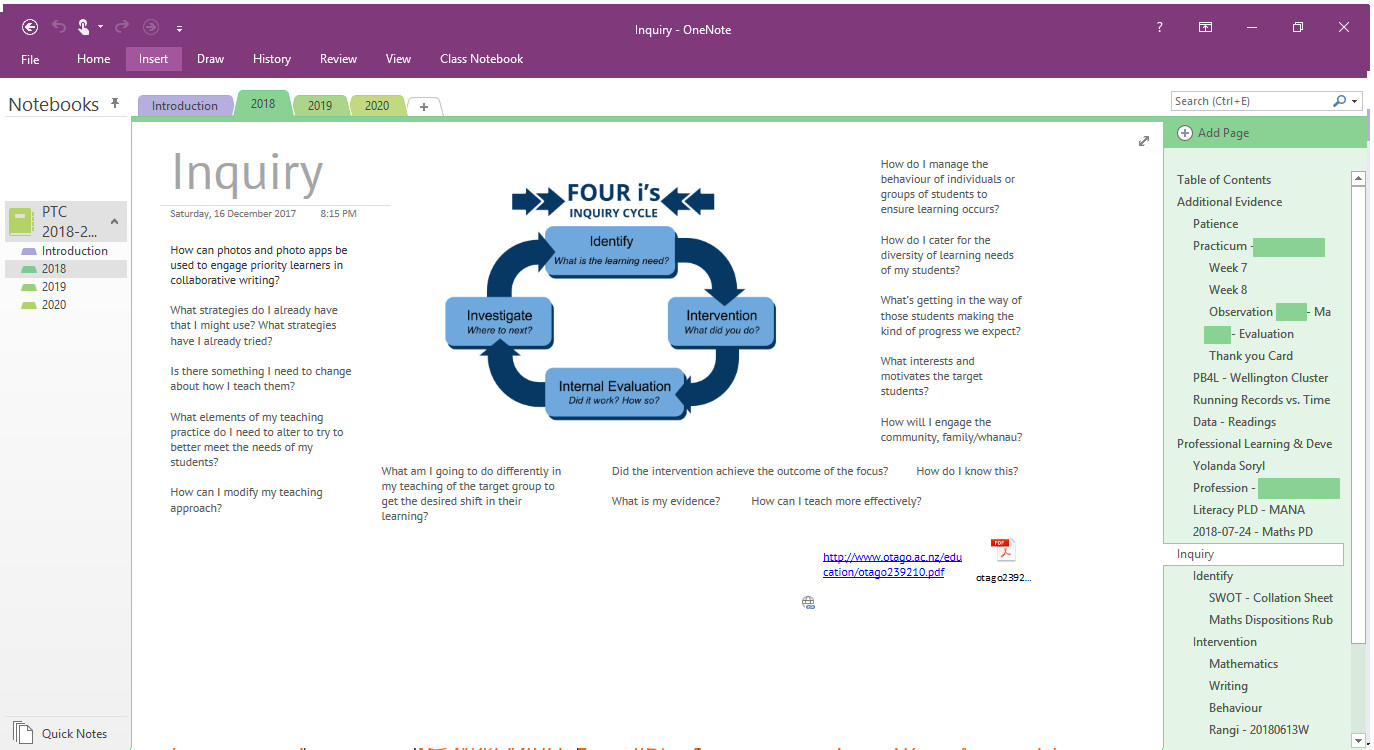 The Inquiry cycle we used as a school staff complete with some of the questions we would be asking ourselves. 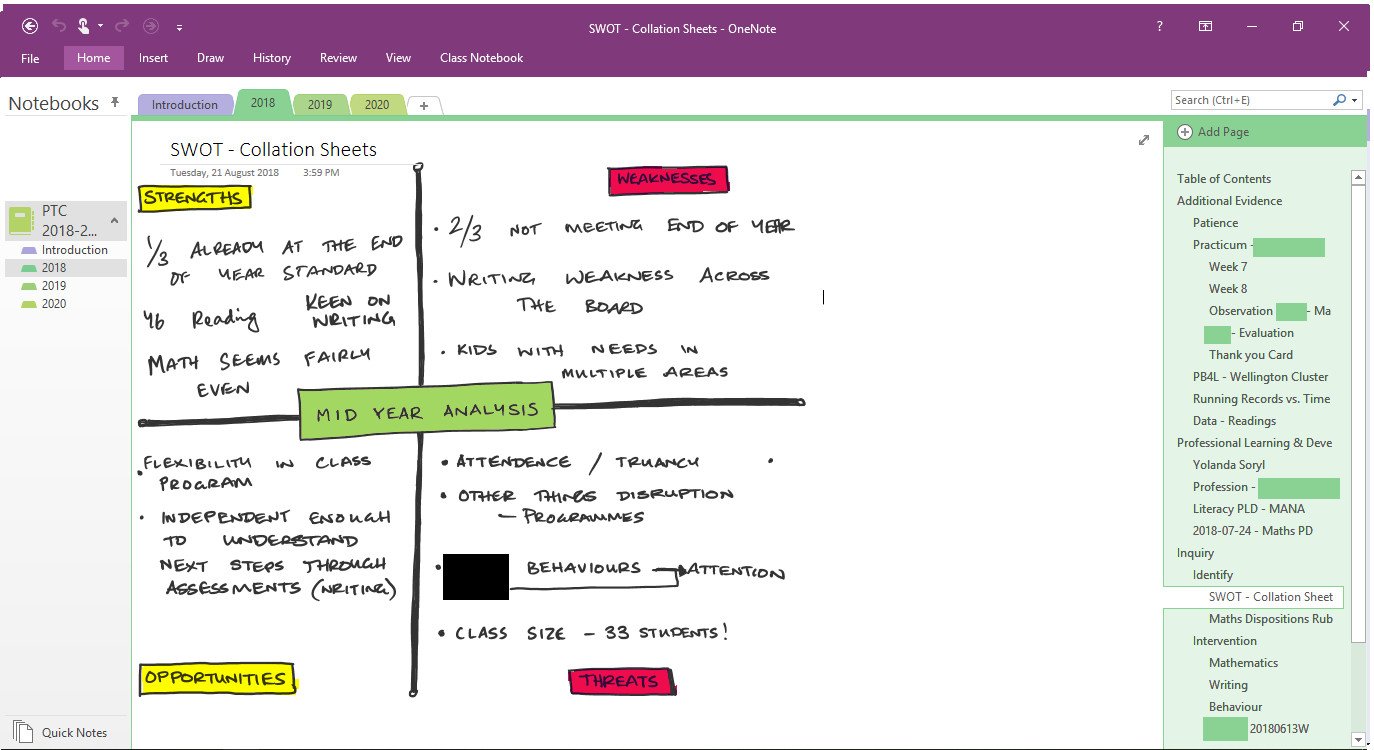 A mid year review using ‘SWOT’ as a focus. I won’t go into details with these as they are merely serving as examples of the kind of evidence I collected for my Inquiry and portfolio. The key here is doing ONE thing but getting two uses out of it – as well as not doubling up on any work! 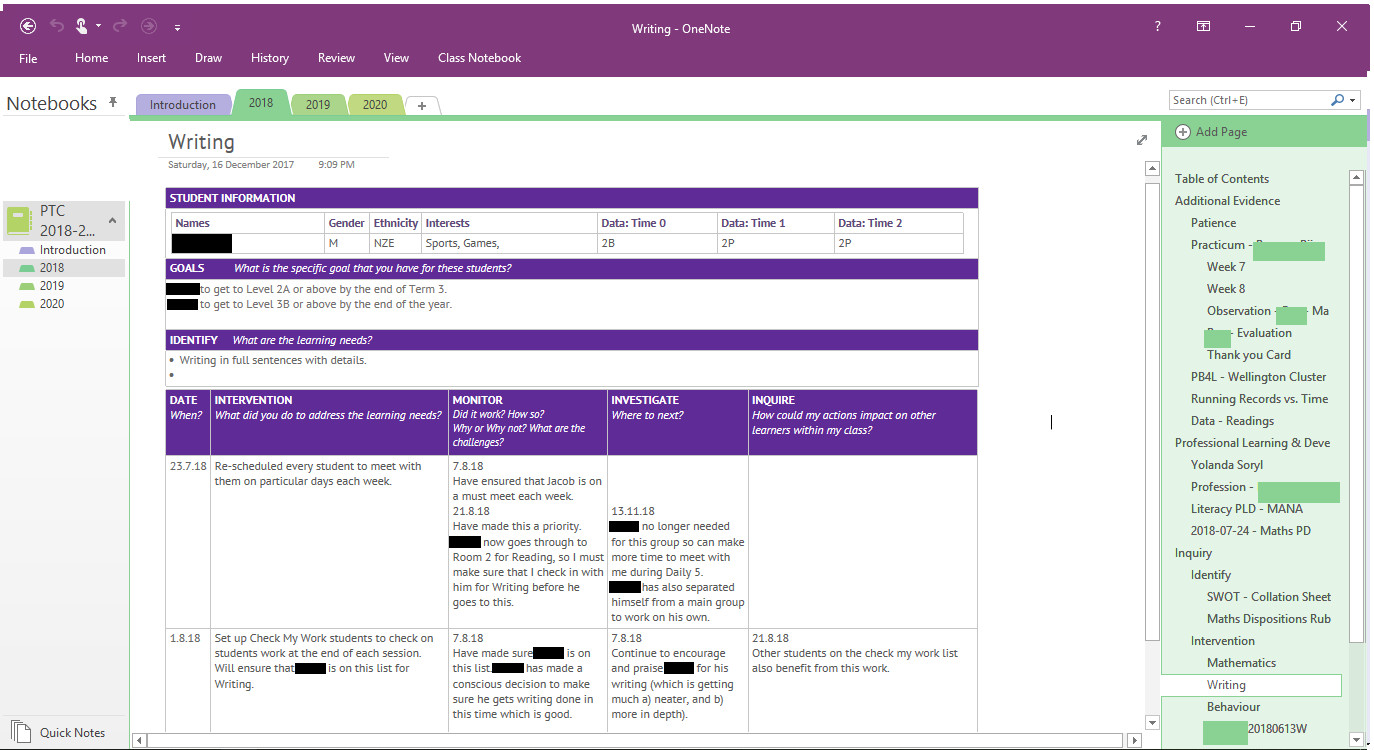 The record keeping of the interventions I carried out for one of my priority learners in my Inquiry. 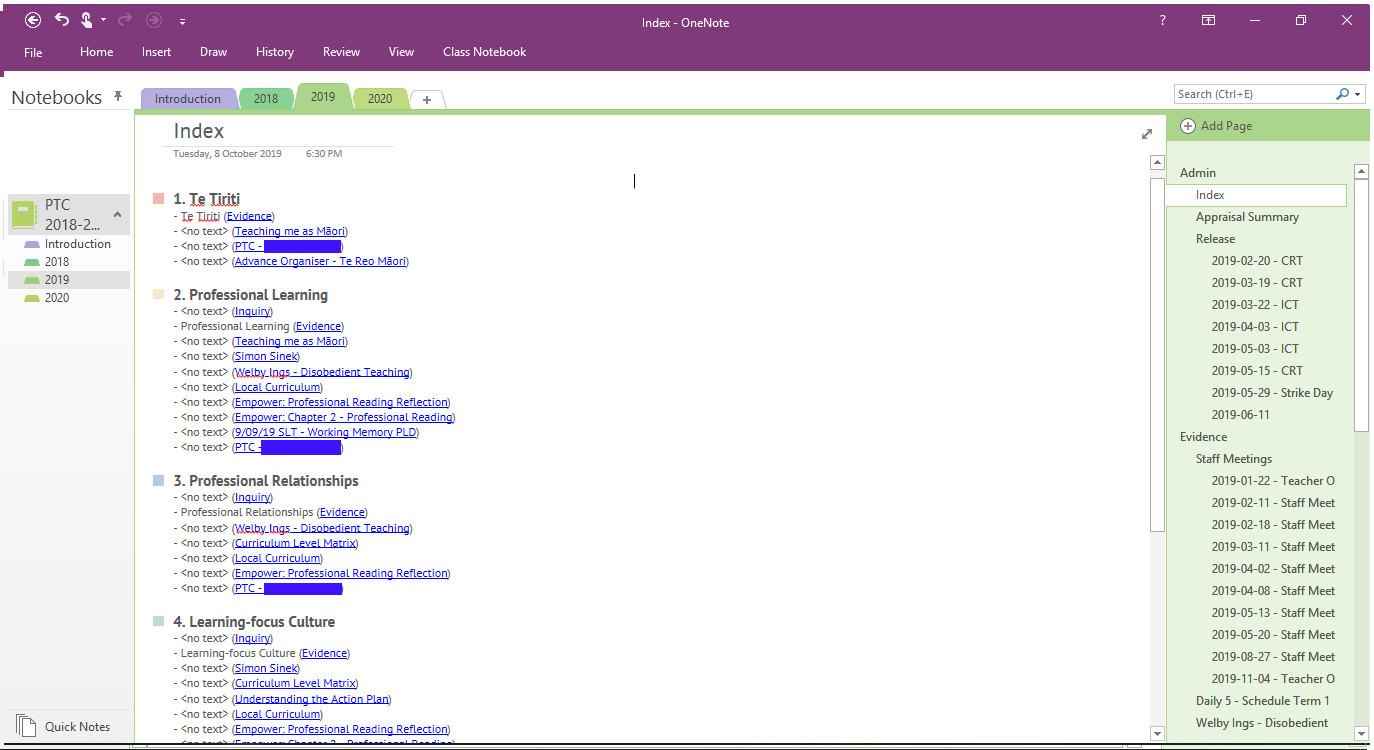 In 2019, I began keeping my portfolio in a slightly different method, with more focus on evidence than on Inquiry. Essentially, the Inquiry became just another piece of evidence, rather than using the Inquiry to show the standards being met.

You can see on the right hand side that all the evidence has just been added into one big folder, and then in the Contents page it has a list of the tags being used using the standards as each tag. 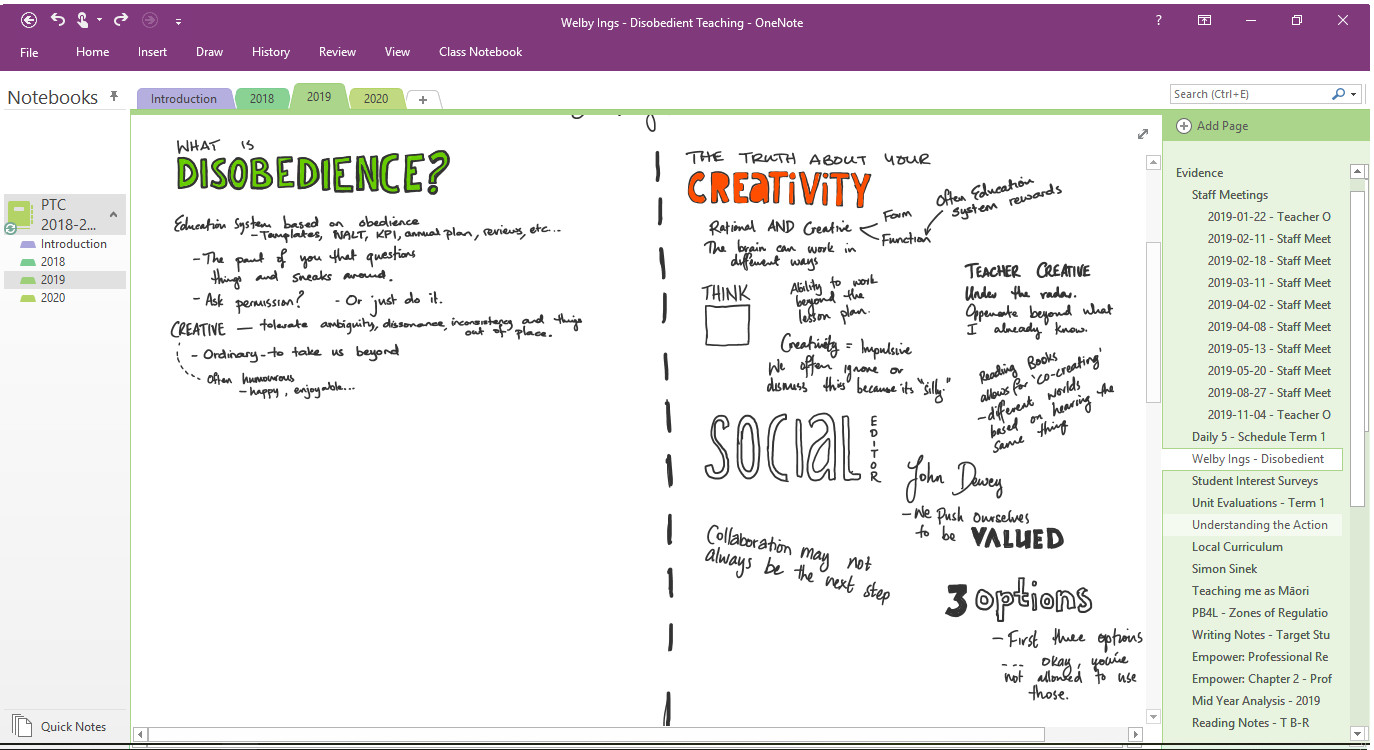 Another piece of evidence from a PLD session. Check the list on the right side; everything is in one big folder. I’ve attempted to keep it in chronological order. 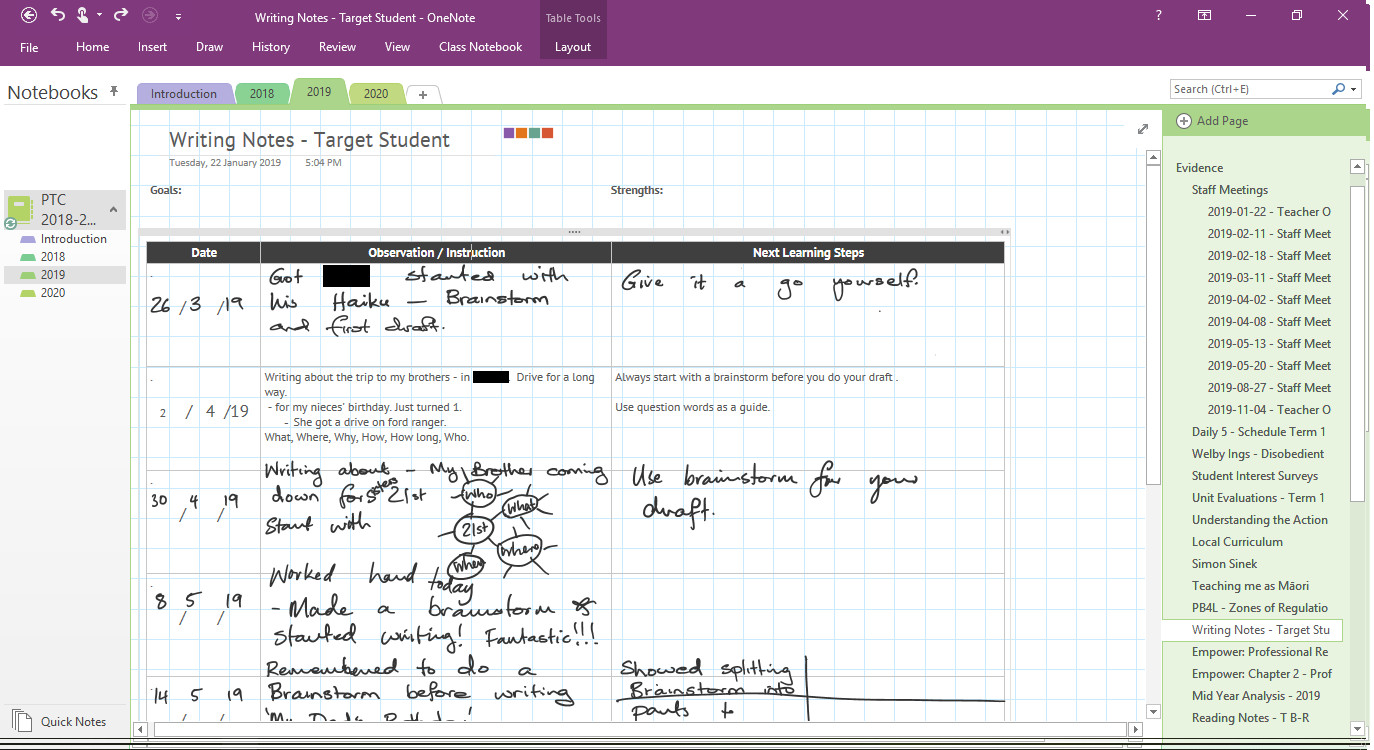 An example of anecdotal notes taken on one of my priority learners. 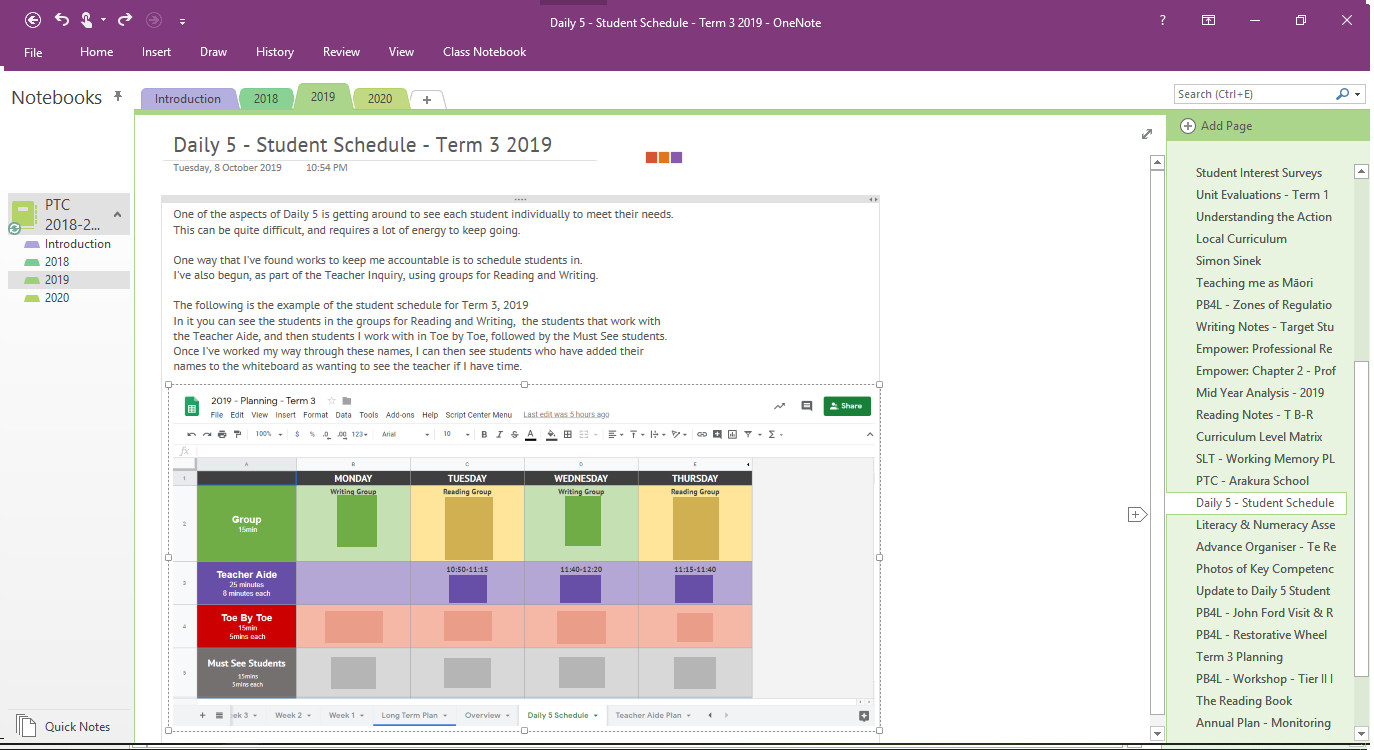 In this piece of evidence, you can see three benefits of using OneNote for collecting evidence. Firstly, the ability to add in screenshots easily means that you can use other documents and then import them straight in. Secondly, I am able to add my own explanation and description of the evidence in the text above. Thirdly, you can see the three coloured box icons at the top of the page – these are the tags of the standards that this piece of evidence meets – meaning that one piece of evidence can fit into multiple standard categories without having to copy and paste or duplicate evidence. 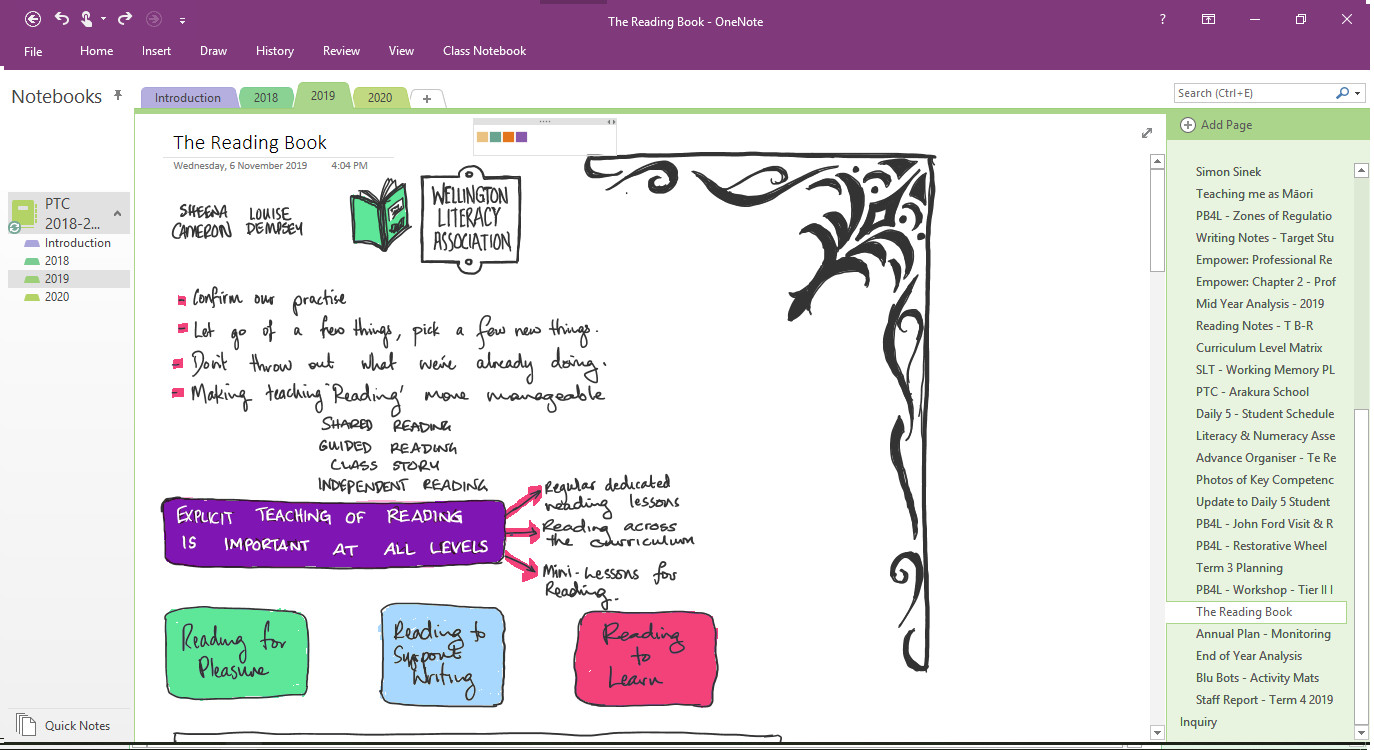 More evidence I’d taken from notes at a PLD workshop. Note the tags used at the top of this evidence. 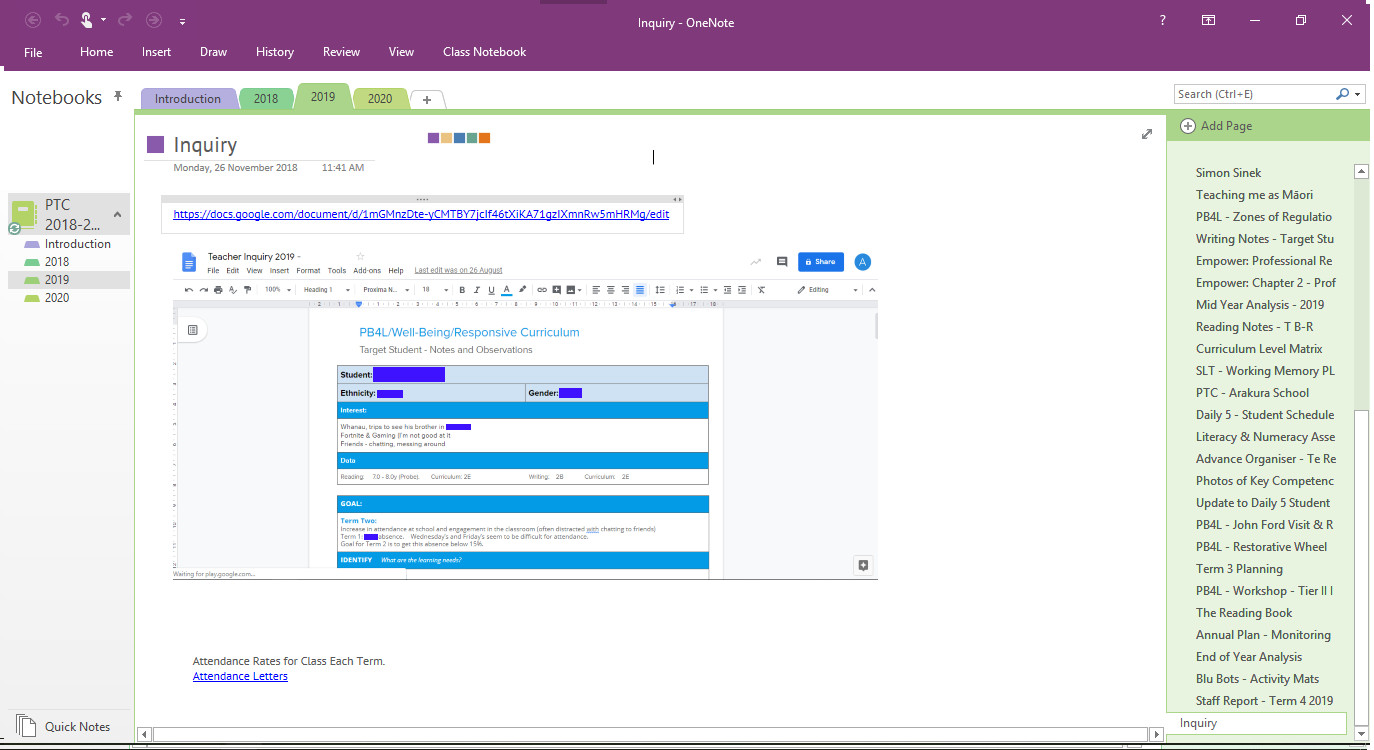 Finally, as mentioned, I had kept my Inquiry as a separate piece of evidence from my portfolio. Here I’ve made a link to the document (so that I could access it from OneNote and my portfolio) and included a quick screenshot as well as other notes and links that are relevant to the inquiry as the year went on.

So hopefully that has been a help to those out there that are looking for ideas, or just want to see what others are doing with their portfolios. Remember to check out my other posts about teacher portfolios and ways that you can maintain and keep a portfolio of this kind.