​School teachers and principals across the country have agreed to stage New Zealand’s largest-ever strike as negotiations with the Ministry of Education continue to stall.

Ths strike, on May 29, will involve almost 50,000 primary and secondary teachers and primary principals, and will affect hundreds of thousands of students in more than 2000 schools.

Obviously there has been a lot of reaction to the recent vote to hold a mega strike, and a lot of this reaction has been documented on Twitter. I wanted to collect this reaction and keep a record of it in our blog. I have come to realise that I value the posts on this site, but often a lot of conversation happens on Twitter and then falls off into the Twittersphere. 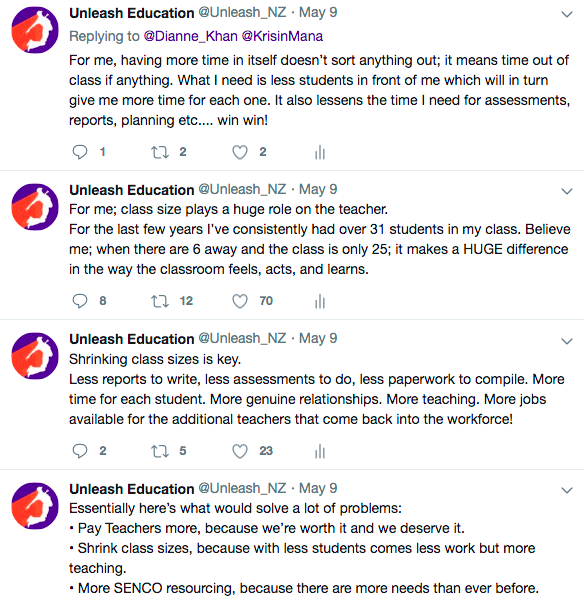 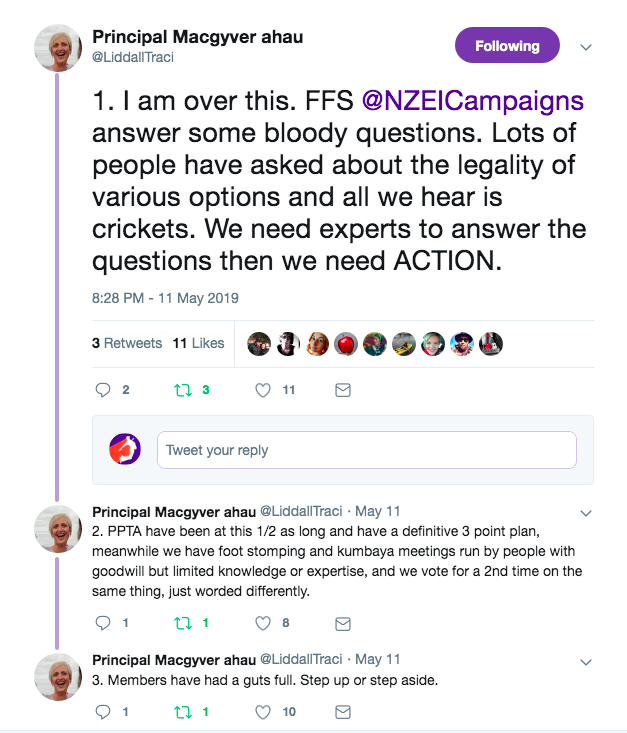 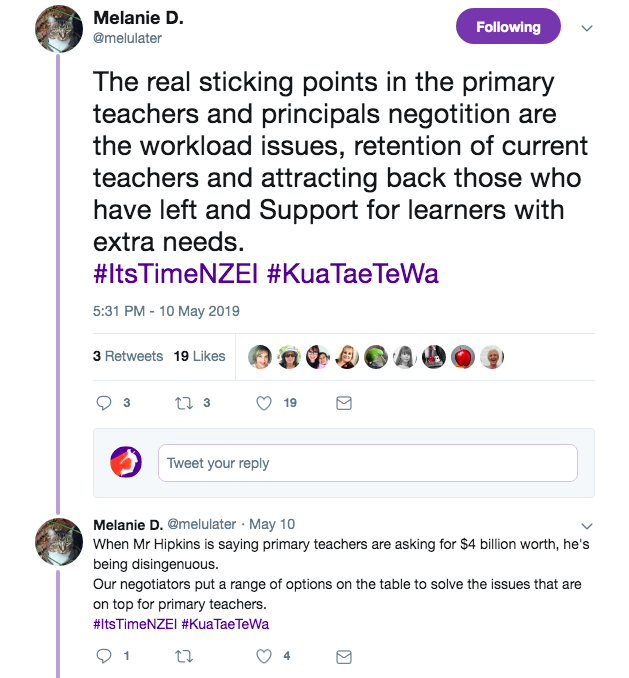 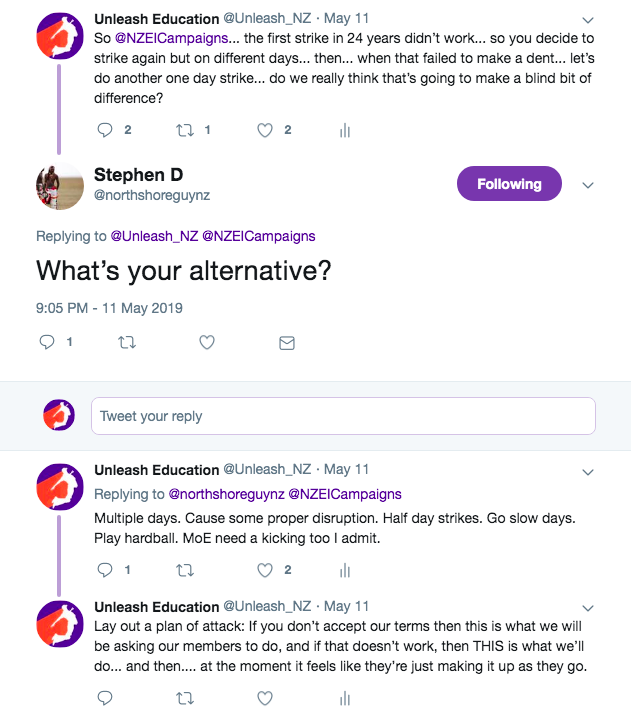 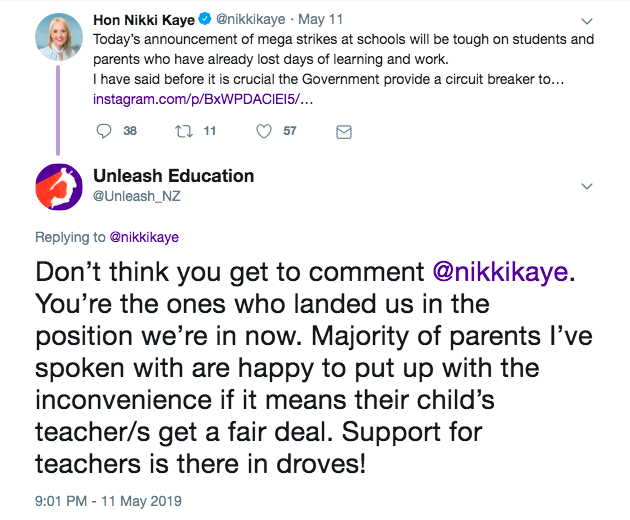 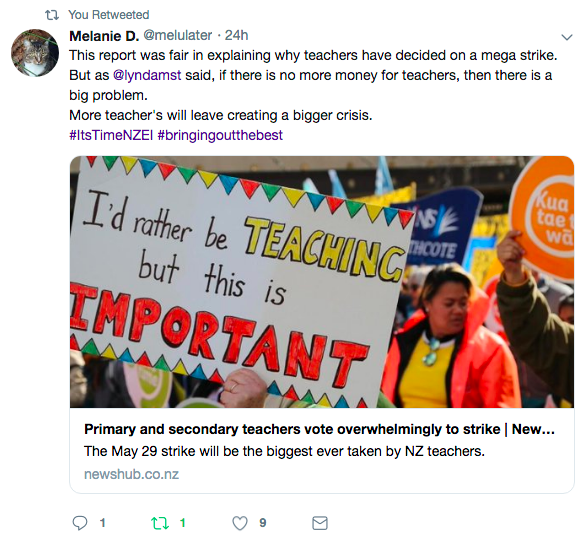 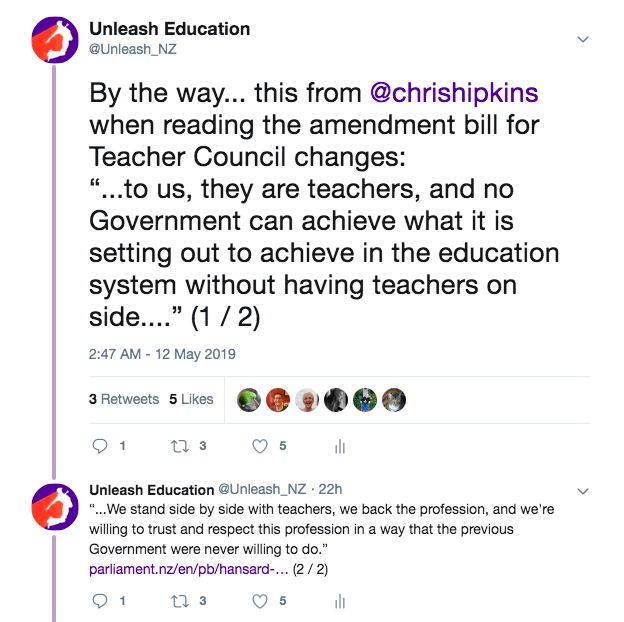 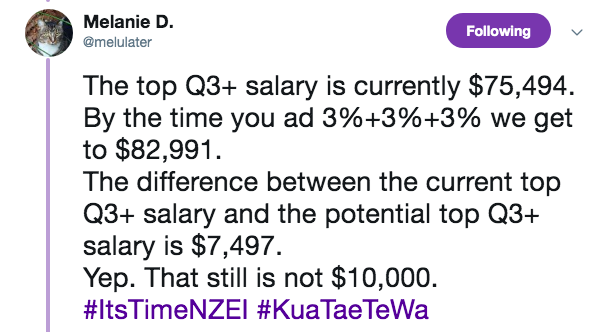 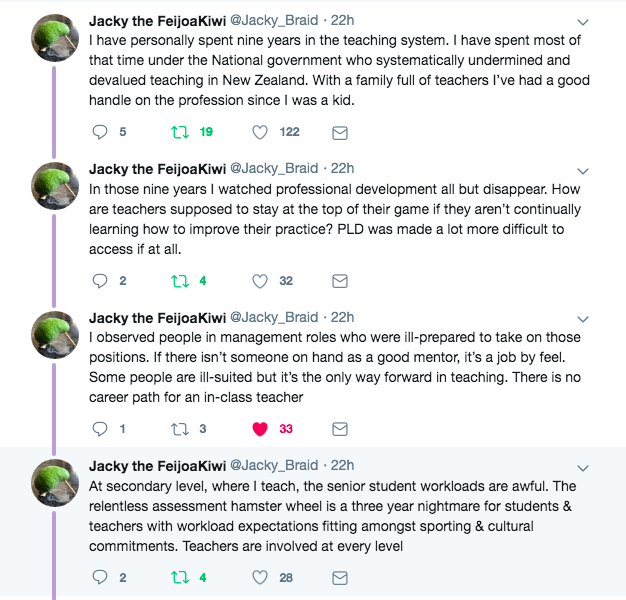 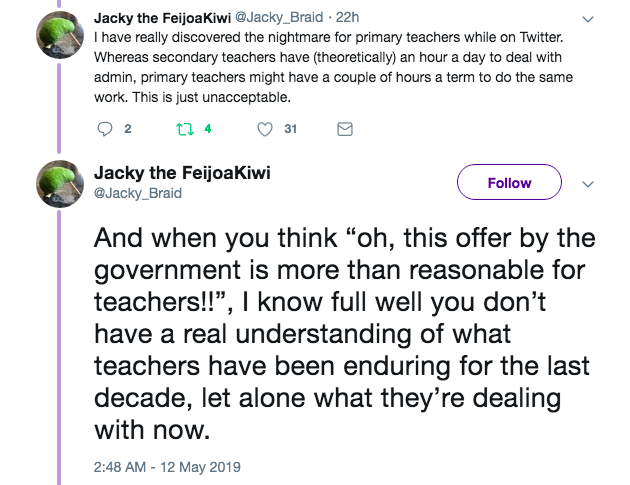 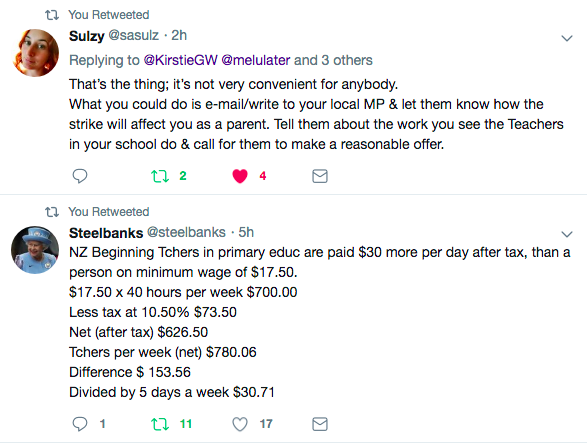