When I was at school, I can’t remember ever doing a one on one test with my teacher.

I’m not saying it didn’t happen. I’m saying I don’t remember it. I do remember being tested, in whole class tests, PAT mostly. Colouring in blank circles was fun.

At some point, teachers or schools or ERO or MOE wanted to know more. They wanted to get more specific information on the learners, to track, to identify gaps, or simply to report against National Standards for.

And it lead to each individual child in every class being tested individually. Each child’s strengths can be identified, and the gaps they have can then be specifically targeted. Teachers knew what each child needed, and could pass comment on this first hand to their parents or caregivers, through the wonderful National Standard reports that were sent home twice a year.

Except that it is unmanageable.

28 kids in your class. That’s 28 tests, all carried out individually with the teacher. That’s 27 students who are left to quiet independent work while the teacher questions 1 child. Rinse and repeat. Let’s say that each test takes 5 minutes with the teacher, allowing for arrival, sit down, thinking time, and several correct questions that lead to more difficult ones (and therefore more thinking time) and then leaving time. At 5 minutes a test and 28 students, that’s 140 minutes of testing. 2 hours and 20 minutes to conduct one test for the whole class. 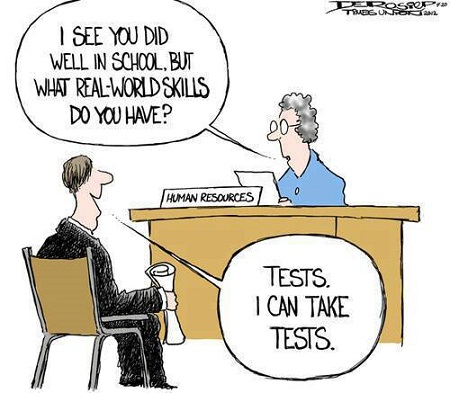 This of course does not account for the additional time of hushing students, interruptions, and maintaining a semblance of order over the class while trying to test one child at a time. The testing can take days, usually weeks to get through the whole class one at a time.

This is the problem though. During those weeks, there is no teaching happening. It’s simply independent work while I test. It becomes too hard to switch between teacher and tester, and so constant switching between these two roles sends one spiralling into minor bouts of schizophrenia.

Add in that this is one test, for one subject, say Maths. Add in Writing. Add in Reading.

There is no doubt that these tests produce a very accurate and specific picture of what each child knows and doesn’t know, and it becomes very hard to argue against. However, there needs to be some compromise, otherwise we will continue to fall into one of the two modes – teaching or testing – throughout the year.

Why do we test at all – in all honesty?

In this article, there are numerous points made. Most poignantly is where it says “some countries have achieved better outcomes from their state systems by deliberately shunning standardised testing. In this informative Atlantic article, the Finnish journalist Aru Partanen cites the attributes of a Finnish school system that regularly outscores the US ( and New Zealand) in international rankings of student achievement. Among other things, Finland has no standardised testing, and no private schools at all.”

In the opening paragraph, it raises exactly where we are at in New Zealand education right now. It says “Testing kids in the classroom sounds like a good idea. Surely that keeps tabs on how they’re doing, and identifies which kids might be falling through the cracks…and that’s all good, right? Well…except that most teachers have always done testing, have always sought to detect kids at risk, and have always managed to strike a healthy balance between teaching and testing. The issue is whether the demands to follow standardised testing procedures (and the practices and attitudes that go with them ) may now be poisoning the whole environment for learning.”

This was written in 2013. Five years ago. I had been teaching for three years. Now five years later, and approaching a decade in the classroom, I am still teaching and then testing. Now, with the removal of national standards, we have the opportunity to make a change. Something has to change. 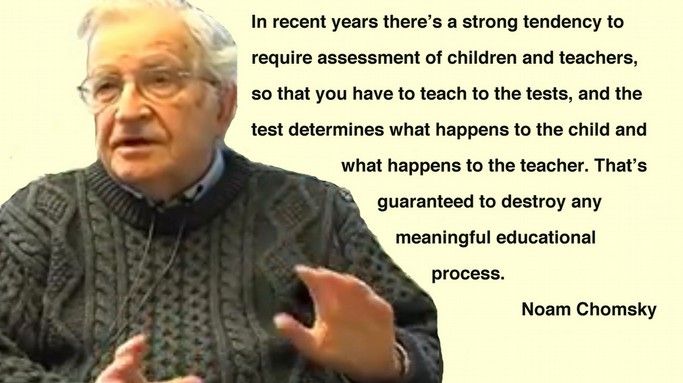