Last time I was here

Last year I wrote an article about the Progress and Consistency Tool. I tried to take a fairly positive approach to it, and tried to advocate as best I could for schools getting involved.

This time, however, I follow NZEI’s warning against getting involved with it, after recent discussions with other professionals in education.

My statement still stands when I said

“I think that if the government wanted to align student achievement with teacher salaries (i.e. performance pay), that they would already be able to do so without using the PaCT tool anyway.”

However, the PaCT will just make this more streamlined, more direct, and easier to access and/or distribute.

From the workshops that I have attended, ‘The Tool’ works as a bank of illustrations in different areas of Mathematics, Reading, and Writing. Mathematics was developed first, and so most of the examples are based around this. The teacher matches up their student with the illustrations and, after adding all of the different aspects together, the Tool will recommend an Overall Teacher Judgement for the teacher to use. More info on this can be found here.

The recommended judgement is not set in stone however; but is just a recommendation. If teacher’s are unhappy with this judgement, they can ‘override’ the Tool’s recommendation, and insert a different OTJ, before saving it off to their School Management System (SMS) and the Ministry.

How it REALLY works… 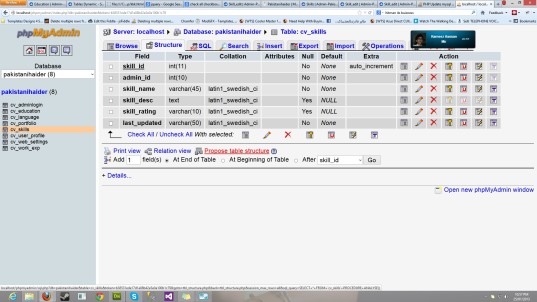 I am very much used to working with databases, such as in MySQL. Many website utilise such a database, and I have used both pre-packaged databases such as WordPress, as well as building my own. Building your own is quite an involved process, but very worthwhile when you get all the functionality that can come from using them.

Putting my IT skills to use, I can see how PaCT will become a threat, and how it will be used beyond what it is heralded to be.

Firstly, every student will have their NSN as a unique ID in the database. This will ensure that the right student always has their OTJ made against them, and not another student.

This is where I’m going to stop for now, because this is when it gets interesting.

At this point, the data is in the database, and is accessible by two parties – the teacher, and the Ministry. With this data, the Ministry can access both the assessment that the teacher has made, as well as the values, calculation, and the recommendation. Collate all the student’s under this teacher’s care for the year, and you have yourself a picture of that teacher’s class, and their achievement (or non achievement). They also have the recommendation that the Tool has made.

The more devious of us will then take this to the next step. The Ministry, now that they have this data, will be able to produce a picture of the school from all its students. These will undoubtedly be published in the likes of Public Achievement Information before you can blink. They will then be able to target under-performing schools, and begin their next round of teacher bashing. Because as we all know, poor student results is not a reflection on the student, their environment, their home life, poverty, culture, family priority; instead it is definitely the quality of the teacher that these students are struggling. This will be the case until all the teachers get tired of the treatment, and vote with their feet. These schools are more than likely become charter schools, run by private companies with their own agendas which extend beyond just education.

To add to the case on the ‘poor teacher’ policy, there is a direct link back to the database that will be quite startling for some.
You see, whilst there is the opportunity for the teacher to ‘override’ the Tool’s OTJ, the original recommended OTJ will still exist in a column inside the database. The calculations made will automatically do this. The database will then also record a) that the teacher overrode the recommendation, and b) what they changed it to.
This data is the startling bit. Not only do they have the “original” OTJ, but they have whether the teacher changed it (and let’s face it, it will always be to make it better – because no one in their right mind would disagree with the tool and mark students down – they would go, “Oh okay, maybe I’m being too harsh…”). This will give the Ministry the original OTJ which they would just use anyway, and they have records of teachers that change results; and can pick trends of teachers, or purely select individuals that that regularly change results, and label them as poor teachers. It thus will make it difficult for any teacher wanting to keep their job to change the OTJ recommendations that the tool makes, even if they are inaccurate. Suddenly the professional opinion of teachers means nothing, and instead, a computer programme is making the call on the overall achievement of students in the class, as opposed to the teacher. Yes, the teacher still has to align their student with the illustration, and this is a professional judgement call in itself, but its not the final call on where the student is at.

I have been rather annoyed at the lack of trialing by this government, and have mentioned this in the past as well. First it was National Standards which were rolled out on the country without any trial or input from the teachers who had to be running it. Novopay is another issue all together.

However, the Government is now trialing PaCT, ironing out the creases, and getting schools involved in using it. As mentioned, it has started with just Maths, with Reading and Writing coming in later on. This will eventually mean that there can be no complaint on the way it was trialed and implemented, and so making it compulsory for schools will become a lot easier for the Government to do. This of course was their intention back in 2013 when the PaCT was announced, but they had to backtrack on that when principals around the country rejected it.